SERA Engineering participates in divers fields. Specialising in the industrial development of a wide range of vehicles, SERA is disposed of multi-disciplinary skills in order to accomplish the research and prototypes that you wish for.

SOUVIM (2008-2012) and EPEE 1, 2 & 3 (2013-2019)
SERA Engineering, under the project management of MBDA, is in charge of the design, the conception and project completion of the SOUVIM vehicle series and of the evolution of EPEE 1, 2 & 3. The SOUVIM system of vehicles for the detection and neutralising of landmines is battle proven and has been operational since 2011 (in Afghanistan and then in Mali). 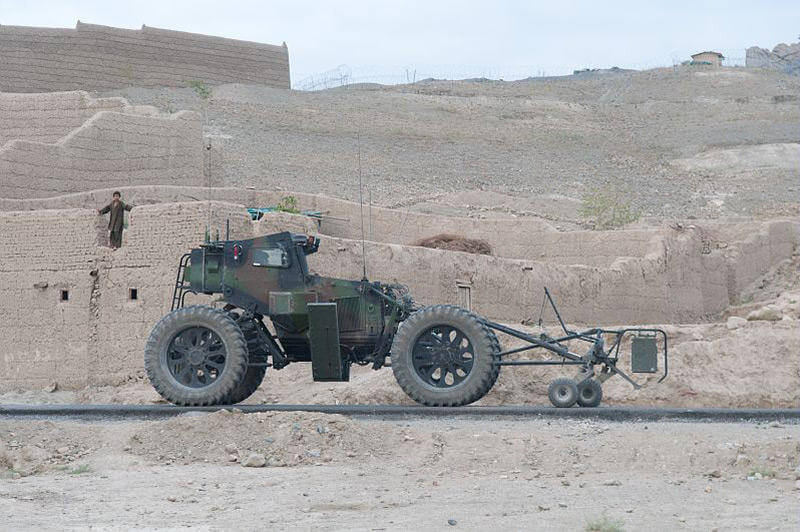 BUFFALO (2015-2019)
This concerns the integration of a hydraulically-powered arm and claw (IED update 2015) and then in 2018-2019, the integration of a propelled decoy device on BUFFALO, manufactured by Pearson for the French Army. There is also the modification of the vehicle’s nose gear and arm and claw support, and the addition of a connecting interface with the vehicle’s driver. BUFFALO, fitted with this new decoy device is to be operational in Mali. 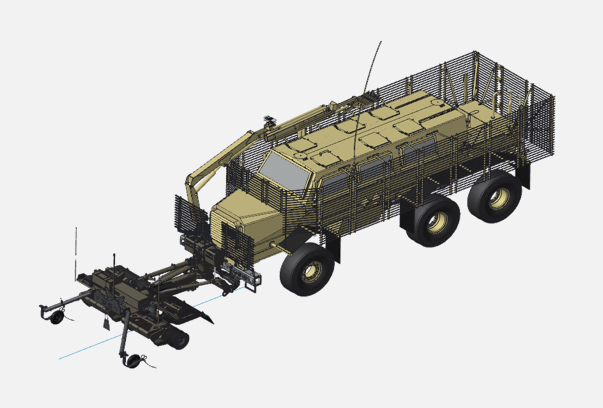 Fast attack vehicle
Sera Ingénierie has designed and manufactured two prototypes of a light, fast attack vehicle, 4x4 of 160 hp, intended for Special Forces missions. The guideline was to transport a team of 4 combatants over 800 km, off-road and at high speeds (150 km/h). Its weight / power ratio and its dynamic behavior are exceptional. The platform is air transportable and droppable by aerial drop, modular, fast and resistant.
Mercedes G300 THALES SATCOM (2017-2018)
SERA Engineering has designed and produced for THALES the evolutions of the MERCEDES 6x6 vehicle (undercarriage, energy supply, bodywork) and the integration of the system (shelter and interfaces). 10 vehicles produced, in service in the desert area. 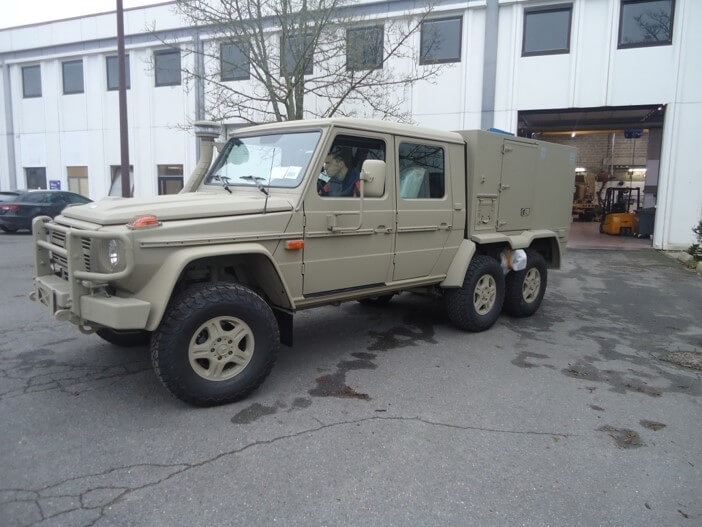 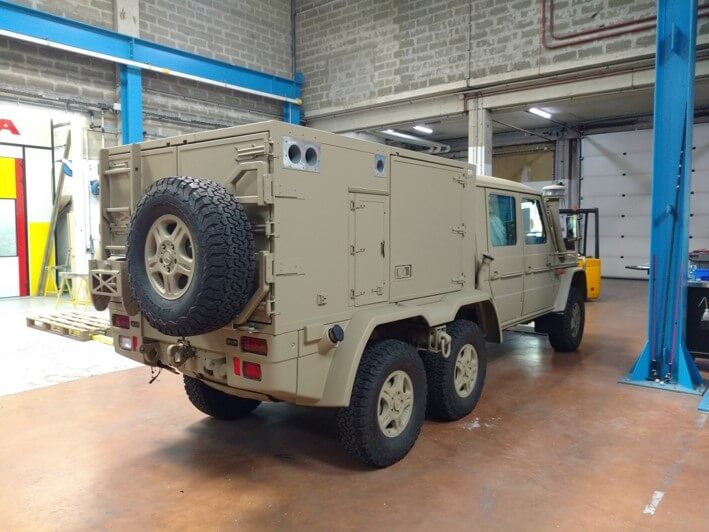 Cerbère THALES (2019 – 2021)
The Cerbère project aims to integrate THALES simulation equipment into all-terrain vehicles used by the Army’s tactical simulation centers. Sera integrated this equipment while making sure to create a system offering great ergonomics of implementation and integration of components and wiring to the vehicle. 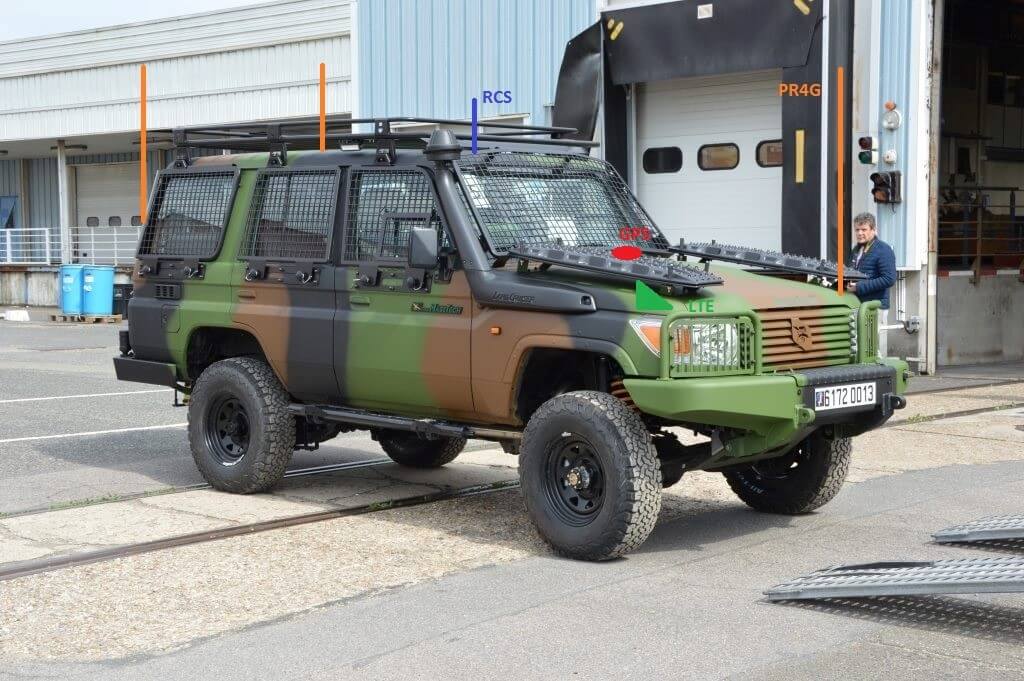 Architecture, Prototype, Concept car
SERA Engineering controls the whole development process of light vehicles, from the design of the bodywork and the vehicle interior, the structural conception, the points of contact between the vehicle and the ground, including hybridisation. Equipped with a fully integrated workshop, SERA controls not only the manufacturing processes that are transposable to industry, but also the definition of tools and assembly jigs. 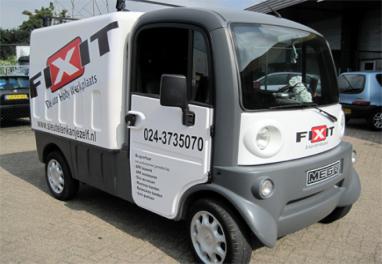 Agricultural sector
Design of bodywork and operator station components for MASSEY-FERGUSON, and towed sprayer for KÜHN customer.
Project EVRARD
Study, design and prototype of a variable-way sprayer (innovation rewarded by SIMA).
Project IRISBUS
Design and production of a hybrid transmission with energy recovery under braking.
ROBBOX, an innovative, semi-autonomous robotic platform allows us to relay to, and to protect humans during dual missions. This 100% French product is backed by OSEO and DGA.
Download documentation
Static and dynamic performance simulation. Design, architecture and manufacture of the mechanical parts of the simulators.

The range of CREO (ProEngineer) software permits the development of a project up to the structure and integration of complex systems. ANSYS permits the verification and validation of the scaling of dynamically constrained parts.

Finally, SCANeR Studio simulates the vehicle’s dynamic behaviour, with or without trailers, (up to 10 axles are able to be simulated). Among the multitude of possibilities offered by this software (up to 80 different data are usable), SCANeR is a conceptual tool for vehicle development.
"Roads" Driving Simulator
SERA Ingénierie, under the supervision of AVSimulation (a subsidiary of the SOGECLAIR group), designed, manufactured and integrated the entire mechanical structure of a dynamic driving simulator for a Chinese client (photo TONGJI). Are developing, with the same organization, three even larger simulators for two European manufacturers. They will be the most efficient simulators in the world, with a carbon dome more than 7 m in diameter (3 tonnes of carbon). (CAD view). 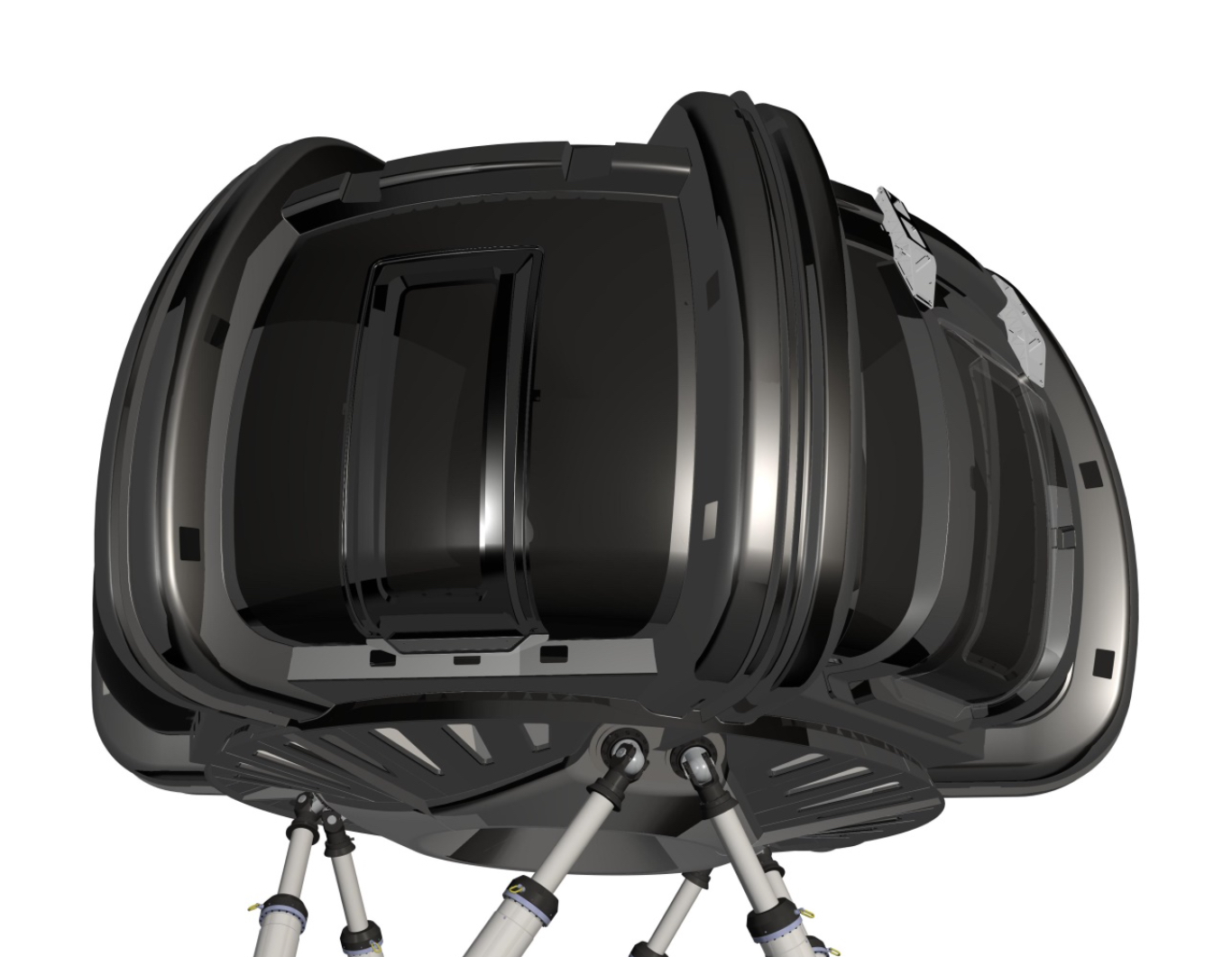